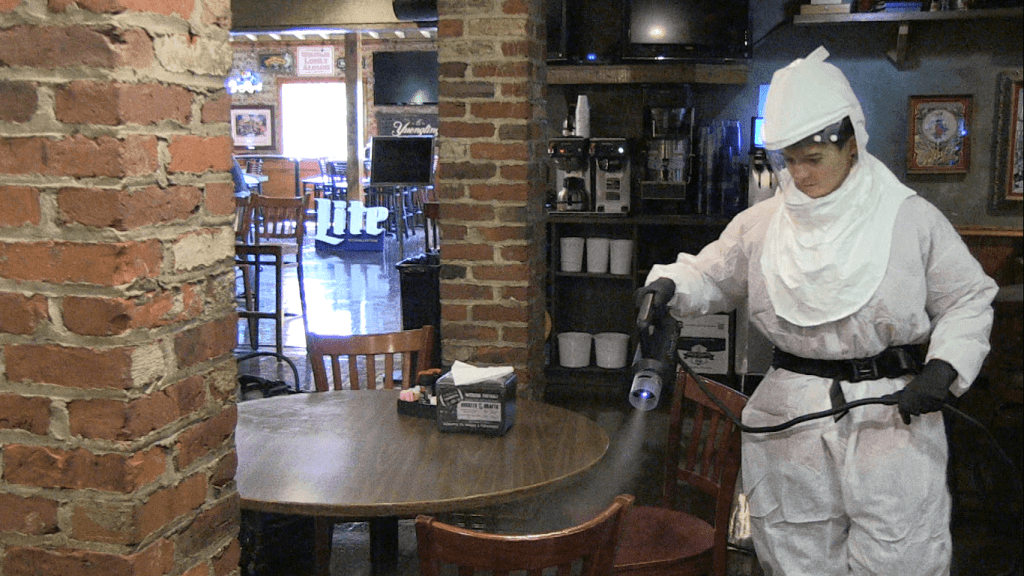 The chairs, the tables, and the bar at Generations are cleaned regularly.

Employees with Panhandle Cleaning and Restoration have traveled to multiple states across the nation over the last eight months to supply emergency response to outbreak of COVID-19.

That pace, according to Josh Contraguerro, vice president of specialty services for Panhandle, is expected to continue as the numbers of positive tests have spiked in this region.

“I really can’t say enough about the people on our crews because there have been times when we have been working 24 hours a day with them switching on and off,” Contraguerro reported. “Some of them have done that for seven days a week, and it has gone on for months as far as emergency responses.

“That includes what we have done for local schools and schools around the state,” he said. “Not only have our crews gone into those facility for disinfecting, but we have also done a lot of training and supplying of the equipment and the disinfectant for them. That way their employees are able to use the electrostatic applicators so they can sanitize and disinfect each day.” 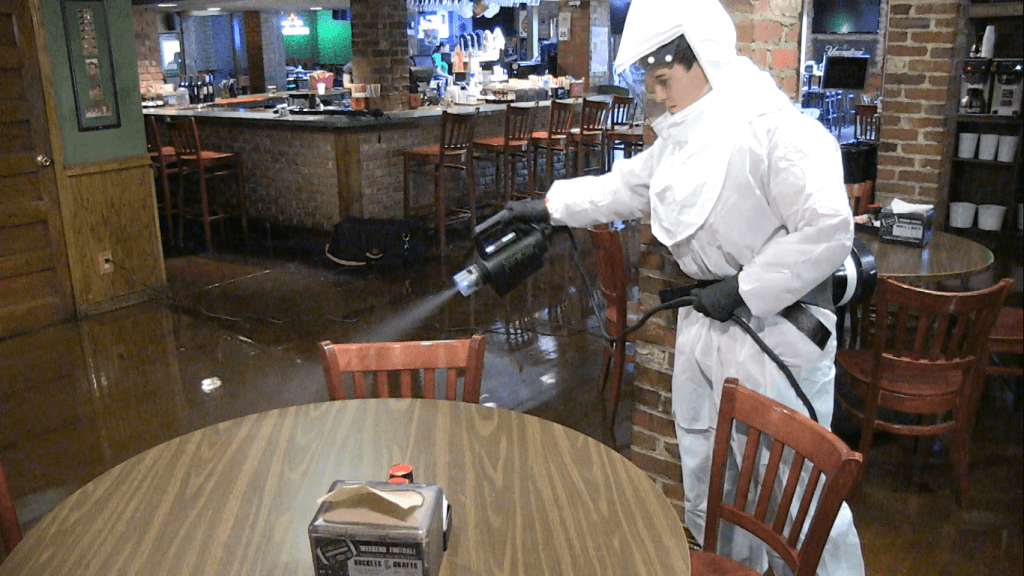 Disinfecting businesses in Wheeling has kept the crews at Panhandle very busy since March.

Contraguerro believes a few factors have played into why the increases are taking place, including cooler temperatures that have forced people inside. But he also believes people have grown tired of isolation and have decided to be more social than they have been for months.

“If you are out during the evenings, you are seeing more gatherings and different activities because people have grown antsy,” Contraguerro explained. “I believe people are trying to do more things than they have been, and they feel safe doing whatever it may be. The problem with that is a person may be sick with the virus and not even realize it because they are asymptomatic.

“If that’s the case, there is a chance that person could cause a mini-outbreak with their family and their friends,” he continued. “That is one of the trends that we have seen recently.”

Crews with Panhandle Cleaning and Restoration were out in my areas of the Upper Ohio Valley over the weekend after more than 2 inches of rain fell one day in the summer.

Disasters Come in Many Forms

Panhandle Cleaning and Restoration has offices in Wheeling, Morgantown, and in Pittsburgh, but the employees travel far beyond those cities when disaster strikes in another part of the country. The number of natural disasters in the United States has not been as frequent in 2020, however, but Contraguerro realizes the improper use of a space heater can change lives very quickly.

“We continue to push forward as we approach the time of year when we unfortunately start seeing residential and commercial fires, and we just hope that most people know how to properly operate those extra heating units,” Contraguerro explained. “And, yes, we have worked very hard during the pandemic, especially during the last month as we have seen some of the highest numbers. We have performed a number of decontaminations since this thing started in March, but more recently.

“Our areas where we have our offices have seen several clusters of infections throughout the month of October and now November than we have had since the pandemic began,” he said. “Based on my research and on what we have seen throughout the country, we are now experiencing an influx here. Plus, people are being more active, and we all know that’s how this thing spreads.” 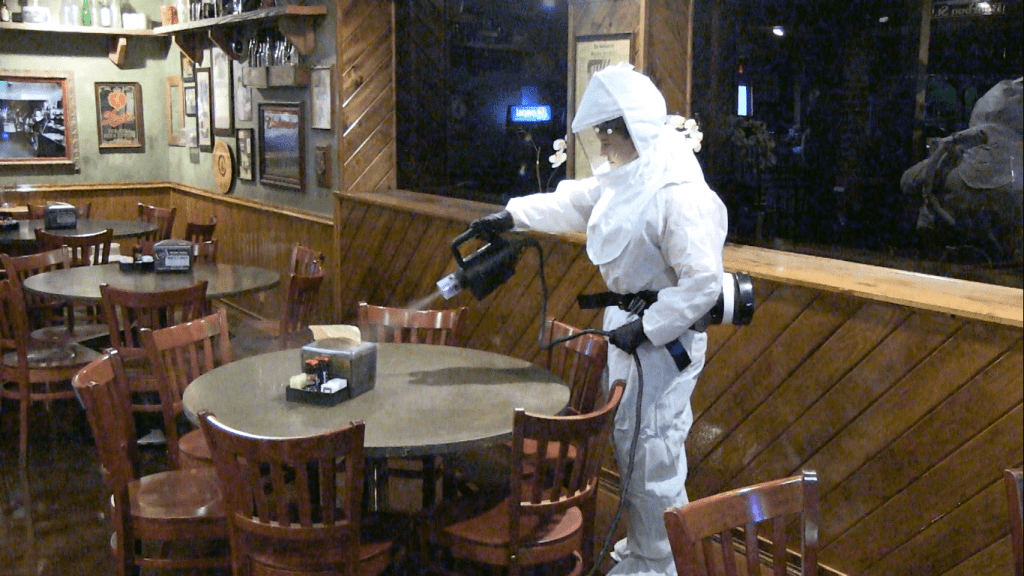 Employees with Panhandle Cleaning and Restoration have disinfected Generations in Wheeling a number of times.

Just because a decrease in the number of natural disasters has occurred to this point does not mean those statistics will not change in the future.

Residents of the city of Wheeling unfortunately have suffered through multiple wintertime floods in the past, and that is why Contraguerro never knows what to expect on a given day.

“This region of the country doesn’t suffer many national disasters, but we definitely have had the floods through the years. Sometimes those floods have happened in back-to-back years or even a couple of times in one year,” Contraguerro recalled. “We also had some flash floods this year, and that kept our crews really busy because those floods affected a lot of residents here in Wheeling.

“With our footprint of coverage, we have seen some of the same occur in the Pittsburgh and Morgantown areas, too, but we have not seen any really big disasters that impact people in an entire region like we saw in central West Virginia just a few years ago,” he added. “But COVID-19 has kept our crews on their toes over the past eight months or so; that’s for sure”