Skip to content
Previous Next
A Decision About a Dream

A Decision About a Dream 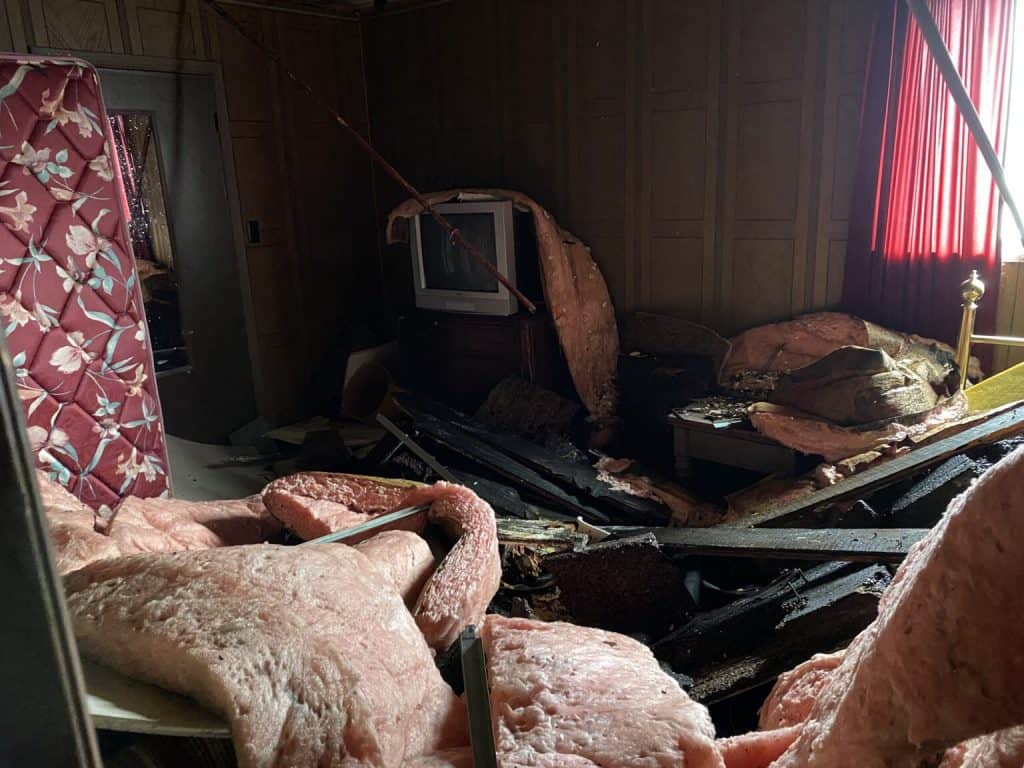 Apartments for homeless veterans were destroyed by the bursted sprinkler.

Plans were in place for further development inside the North Wheeling Community Dream Center, but now the interior of the 35,000-square-foot venue appears more like a nightmare.

One week before Dr. Darrell Cummings was to finally stage the annual Easter food give-away, a waterfall burst into action on the structure’s fourth floor and the damage, the pastor said, could banish the effort into bankruptcy.

Because W.Va. Gov. Jim Justice ordered religious organizations and churches to cease congregating members, funds for the Dream Center diminished and forced Cummings into establishing a payment plan with the insurance company covering 407 North Main Street. And then, between 3,000-5,000 gallons of water soaked the structure.

“We got a call from the alarm company and were informed that something was going on at the Dream Center. Originally, they thought it was a fire,” Cummings explained. “So, we immediately went down there, and the amazing Wheeling Fire Department was already there, but it wasn’t a fire. It was water that was flowing from the sprinkler system on the top floor of the building.

“The water ran down from there and throughout all the floors beneath it, and it destroyed everything that it touched,” he said. “It looked like a rain forest in there. The water was just pouring down even after the firefighters had shut off the water to the building.” 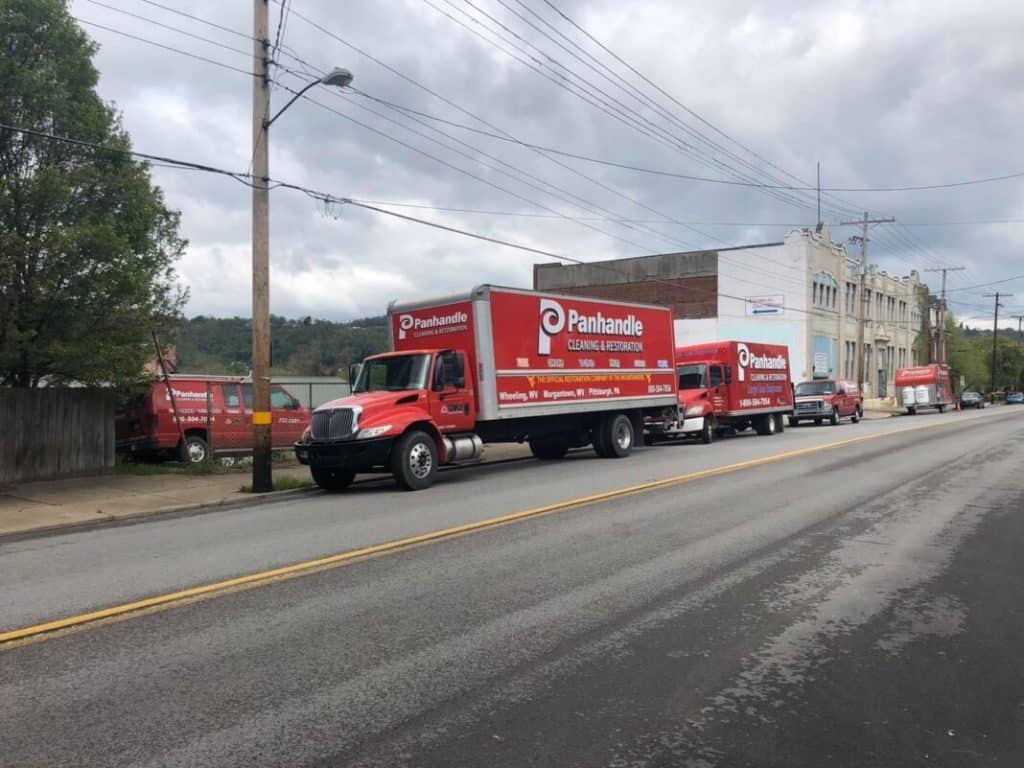 The crews from Panhandle Cleaning and Restoration were on scene the day after the damage took place.

Ceilings were slumping and walls were leaning the first time Cummings was able to walk through the community center, and that is when the dream turned into a disaster.

“But then I received a call from Bob (Contraguero) Sr., and he said he really wanted to help us,” Cummings recounted. “I told him that I really didn’t want him and his crews to do anything until I knew whether or not the insurance was going to come through because I didn’t want to create another debt. It was a time of uncertainty, and the last thing I needed to do was dig that hole deeper.

“He expressed confidence that the insurance company would cover it, and if not, he said he’s got lawyers, so he sent his crews to the Dream Center, and those folks have been there ever since. What a blessing,” he continued. “The folks at Panhandle Cleaning use some amazing technology when they are working on jobs like this one. All they had to do was take some pictures, and then they could walk us through the building on a computer in this 3-D system. You feel like you’re walking through the building. It was truly amazing.”

Even today, six trucks and several crews from Panhandle Cleaning and Restoration were on-site to continue the remediation.

“Every day we walk through, we have seen how incredible their work has been. They brought out an army for us, and we couldn’t be more thankful,” Cummings said. “They have this drying machine that has been pulling the dampness out; they pulled up all of the carpet that was just drenched, and they have taken out the walls that were ruined by all of that water.” 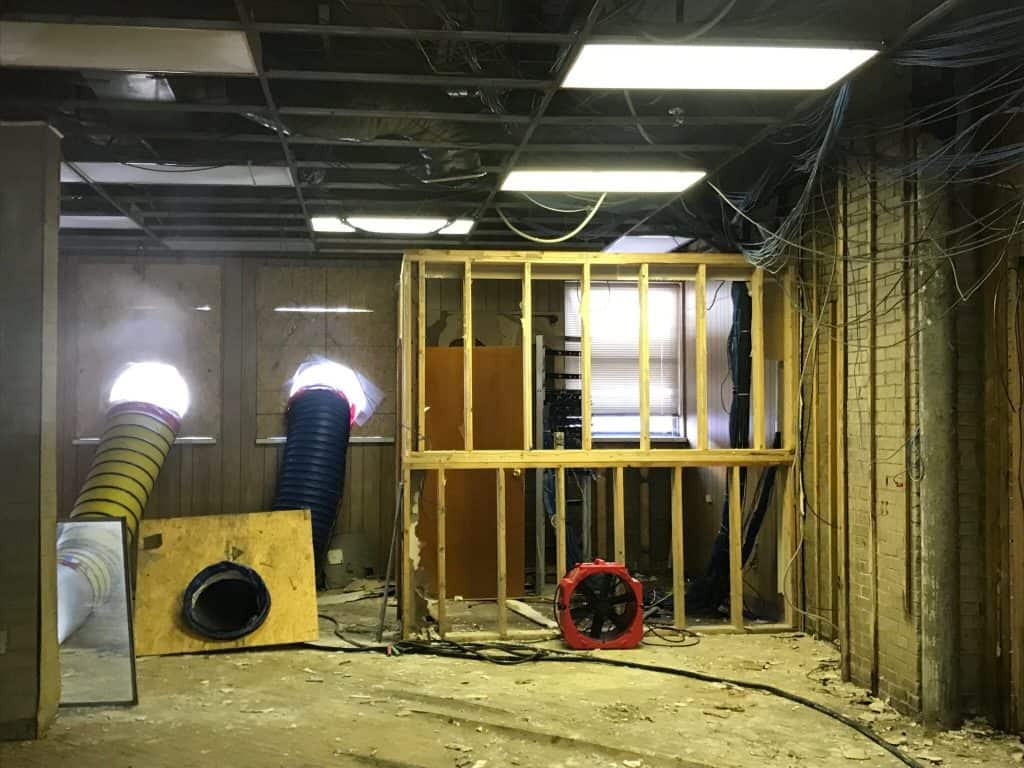 For 50 years, the building was the home and headquarters for Bond Bakery, and then the state Department of Health and Human Resources operated offices there for 35 years. Once many of those employees were moved to different location, 407 Main St. sat empty for several years.

That is when Cummings, the pastor of the Bethlehem Apostolic Temple in North Wheeling, launched an effort for the new community center, and it had been in operation for three years until last week.

“Maybe we did dream too big with it. Maybe we bit off more than we can chew. I don’t know,” Cummings said. “That’s yet to be determined, but I feel bad for the homeless veterans that stayed on that top floor of the Dream Center because there aren’t many options for them in the area. And we were planning to use the building as a safe house, too, for victims of domestic violence.

“We had discussions about using a portion of the Dream Center for incubator spaces for individuals who were starting businesses in the area, so we had a lot of plans for the space before all of this took place,” he said. “Now, we don’t know what our future is with the building because we don’t know to what level the insurance company will cover the damage. We just don’t know. This will either be the Dream Center’s death knell, or maybe it could open us up to some new vistas. Again, we just don’t know.”