Skip to content
Previous Next
5 Steps to Prevent Burst Pipes

Anyone who has ever had a pipe burst in their home can tell you how stressful they can be. After all, even a seemingly minor pipe burst can result in some major flooding and thousands of dollars in property damage.

But why do pipe bursts happen?

Burst pipes usually occur during the colder winter months. The still water in pipes freezes over night, and the ice begins to exert pressure against the inside of the pipe. If the pressure causes the pipe to break, then you have a pipe burst. Once the ice thaws, water will flow out of the crack and flood your home.

How to prevent pipe bursts

Fortunately, there are ways to protect your home from the flooding and cleanup costs associated with a pipe burst.

Here are five tips for keeping your home safe this winter:

Pipes that are appropriately insulated against variations in outside temperatures won’t be at risk of bursting. By following the above steps, you can ensure that your home will be safe from the threat of pipe bursts. However, if something does go wrong, you can call your Tri-State pipe burst cleanup experts! 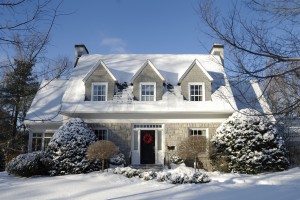